Connect a Projection node to define the texture projection used for the Weave. If it's not connected, the default UV Map will be used if has been defined.

The other inputs correspond to the controls exposed in the panel. 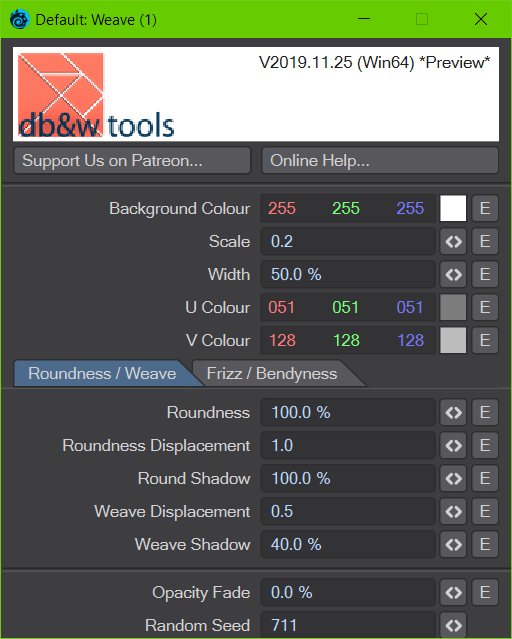