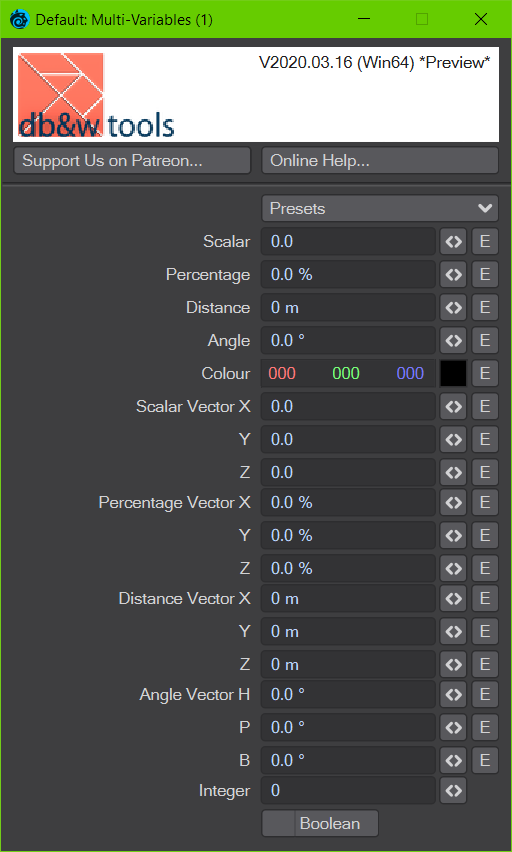 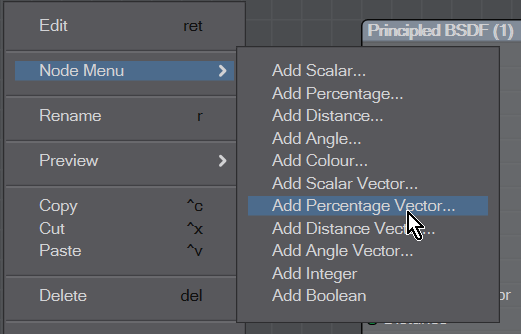 To add a control, right click on the node 1) in the node graph and select a control to add.

The following controls are available:

To edit the name of a variable