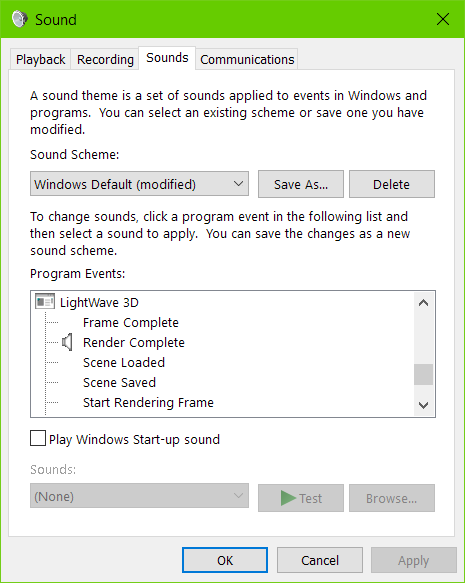 This master handler plugin allows you to assign sounds to specific events.

You can use “Control Panel/Sounds and Audio Devices” in Windows to assign sounds to these events. 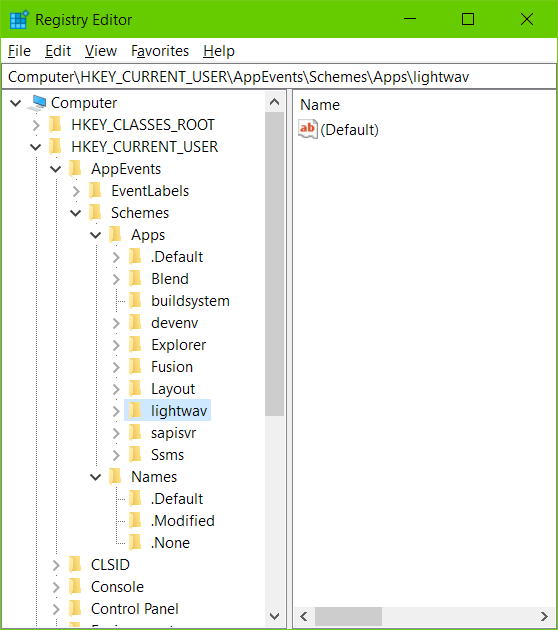 Due to changes in the name of the Layout executable, this plugin didn't work until August 2020. If you tried to run it, it wouldn't play the right sound. This has been fixed as of August 2020, but will display a duplicate entry in the Sound Control panel.

To remove the old duplicate, you'll need to launch the registry editor and remove this key: